Santa Biondo was born on December 3, 1892 on Via Serra, San Mauro Castelverde, Sicily.[1] She emigrated to 106 Wallace Street, New Haven, Connecticut with her father Mauro, her mother Giuseppa, her sister Angela, and her brother Mauro Jr. on October 2, 1907 [2] They stayed with Santa's older brother, Domenico Biondo, who was already living at Wallace Street at that time.

Three years later, in 1910, the United States Census shows the family living in New Haven at the same address. The census indicates that Biondo was 18 years old and working in a tailor's shop.[4] By 1920, the family had moved to Saint John Street in New Haven, and Santa Biondo was married to her first husband, Salvatore Mazullo.[5] Mazullo was the proprietor of a tailor shop, perhaps the same one where Santa Biondo worked before. However, Biondo's destiny was in music. Encouraged by her brother in-law, Biondo was tutored by professional opera teachers in New Haven and New York, including Enrico Rosati, whose other famous students include Beniamino Gigli and Mario Lanza. Biondo began her professional career in 1927, when she went on tour with the San Carlo Opera Company and the American Opera Company.
Metropolitan Opera Company -  Santa Biondo appears in a newspaper story printed in the May 12, 1929 edition of The Hartford Courant, where she is stated to have been preparing for her debut with the Metropolitan Opera Company ("Met") in New York City after separate auditions with Arturo Toscanini and the Met staff.A copy of her Met employment contract indicates that her starting pay was $75 a week with a year-by-year renewal provision through 1933.
The author of The Hartford Courant article described Biondo's voice as a "lyric-dramatic soprano, lyric for its 'facility of emission' and dramatic for its power and fullness of expression. It is a rare and much sought after combination." Biondo sang in Italian, French and English.
Biondo continued to perform until February 1938, but there isn't any mention of her career thereafter. She apparently retired from singing at the professional level around that time.
Santa Biondo died on February 15, 1989, in Stamford, Connecticut. She is buried in the Biondo family plot in Saint Lawrence Cemetery located adjacent to the Yale Bowl in New Haven, Connecticut. 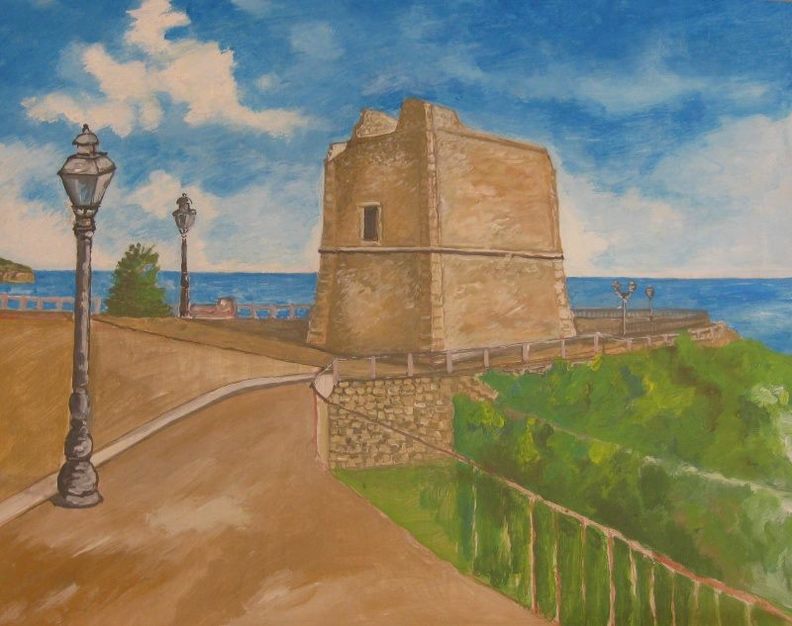 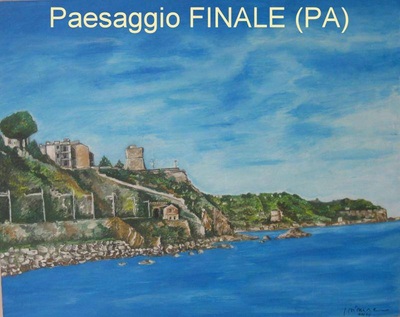 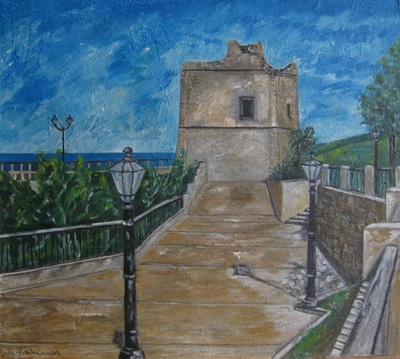 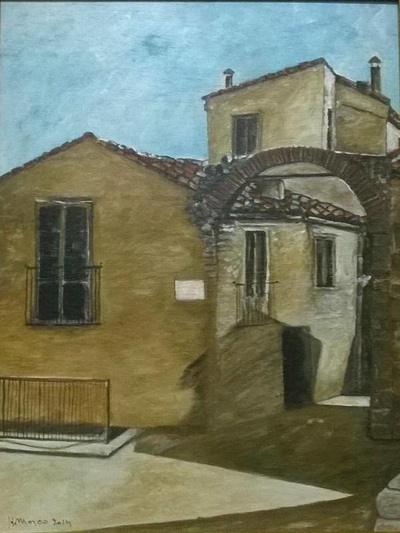 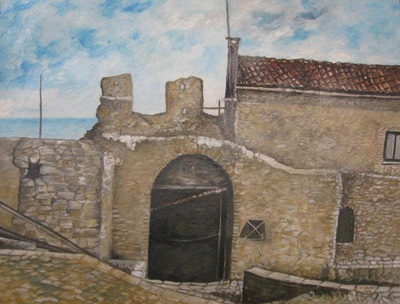 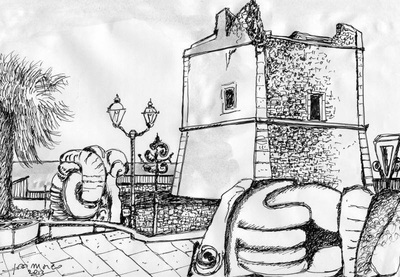 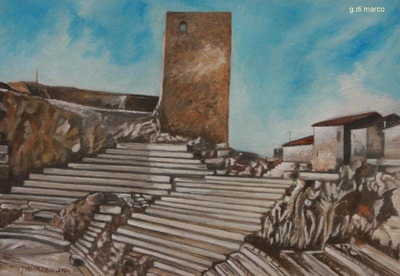 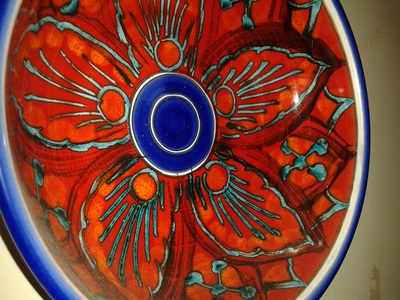 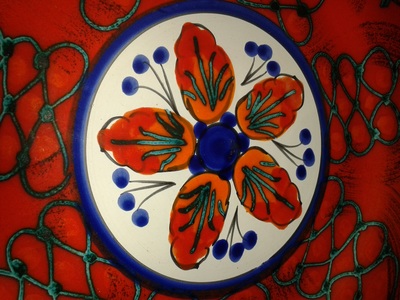 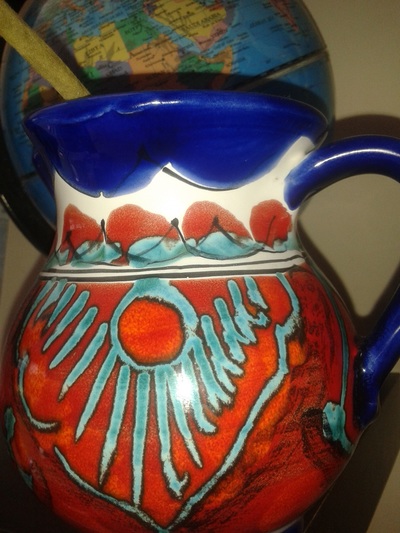 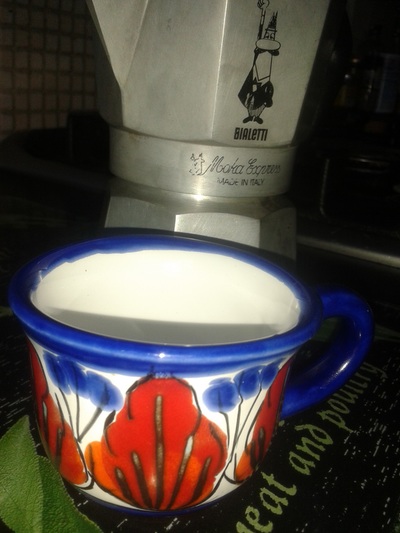 Located on the Northern seashore in the province of Messina, Santo Stefano di Camastra is a lovely little village, part of the Park of Nebrodi Mountains, best known for its refined and historical tradition of ceramics production. A walk through its streets is a walk among colorful shops rich in true masterpieces: the most traditional and picturesque mosaics, tiles, shingles… all realized with local wonderful ceramics.

The Red and blue flower is the eye of Allah to protect people from bad energy - well this is what we say anyway... And it is art to reflect our belonging to the Arabic world. 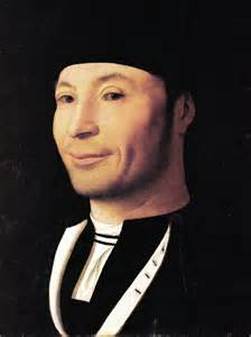 with the portrait of the unknown fisherman of  di Antonello da Messina.
The museum has a wide collection of craft and collections of sea shells  .
Our visit to the Mandralisca with our children. They loved the shells, old coins of italy and greek vases. here is a quick peak and children under 6 getting in free. 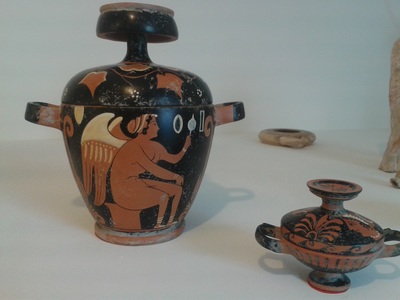 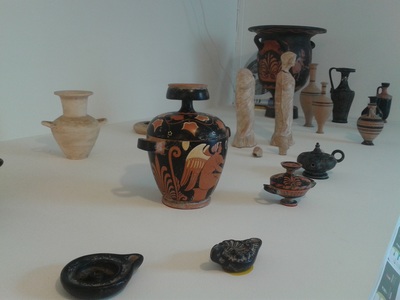 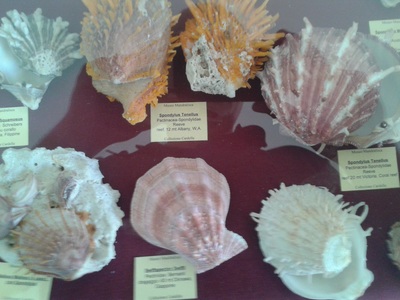 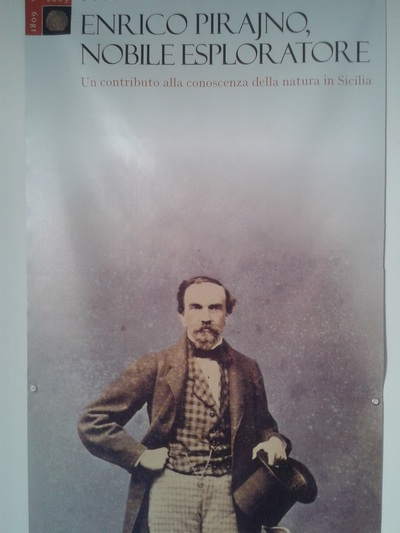 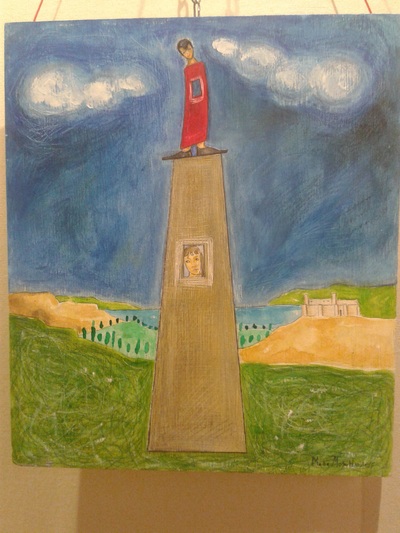 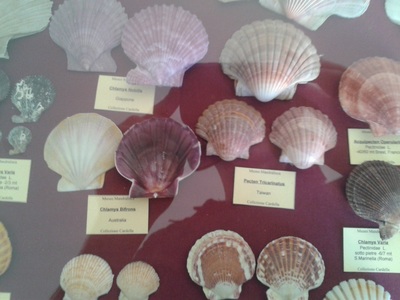 Sicily is home to a great variety of Christian music, including devotional songs from Montedoro and many brass bands like Banda Ionica, who play songs from a diverse repertoire. Harvest songs and work songs are also indigenous to the agricultural island, known as "Italy's granary". Sicilian flute music, called friscaletto, is also popular among traditionalist Sicilians, as are Messina's male choirs and the island's "ciarameddi" (bagpipes).

The theatrical tradition in Palermo goes back the 16th century and the visit of Charles V. Currently, there are about a dozen theaters in the city of Palermo that feature live music. Among these are the Teatro Massimo, the Teatro di Verdura a Villa Castelnuovo (an ex-Bourbon hunting lodge for the royal family of Naples on the frequent trips to Sicily), the Teatro Politeama Garibaldi, the Teatro Biondo (specializing in modern and contemporary music), the Teatro Santa Cecilia, the auditorium of the Vincenzo Bellini music conservatory, and the Salone dello Steri (seat of the Inquisition in the 17th and 18th centuries and currently home to the Antonio Il Verso Association for Ancient Music). The town of Monreal in the province hosts a Sacred Music Week on the premises of the cathedral;

In Taormina there is one of the most charming music venues of Italy, the well-preserved Greek theatre which regularly hosts a season of concerts every summer. 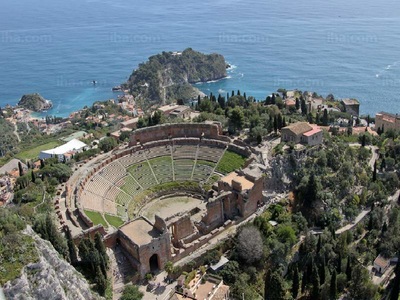 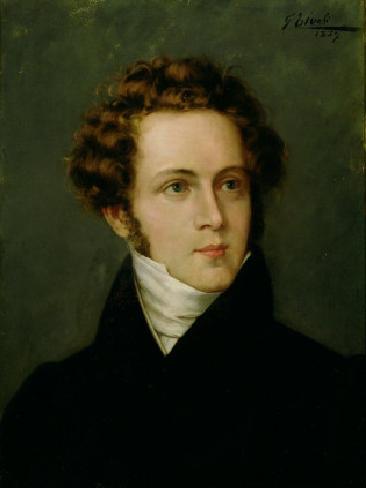 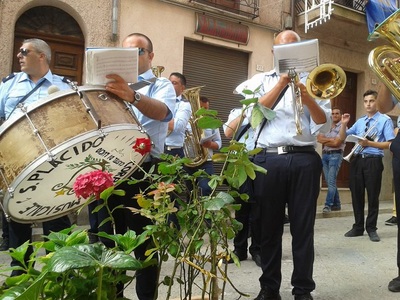 Military bands were originally clusters of a certain number of soldiers . The musical significance only came much later.
Local marching bands from San Mauro, Castel di lucio (photo above), cefalu, and from many more villages are at the centre of the cultural arena in Sicily and their roles include social development, social inclusion and they provide a lot of fun for young Sicilians to learn to play an instrument and to join a local group. You can enjoy Marching bands across Sicily during the summer time and during local patrons festivals.

What about Sicilian hand embroidery and lace? This tradition is nearly lost but many houses and families have plenty of these heirlooms to be shared. However you can discover a fine little museum about this tradition in Chiaramonte Gulfi in southeastern Sicily (a hilltop village also known for its olive oil museum and pork restaurant).
Twenty years ago Sicily’s shops brimmed with handmade local lace. Now it’s often made in China. 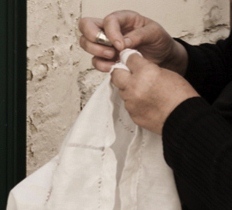 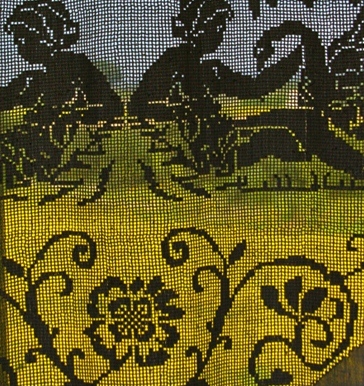 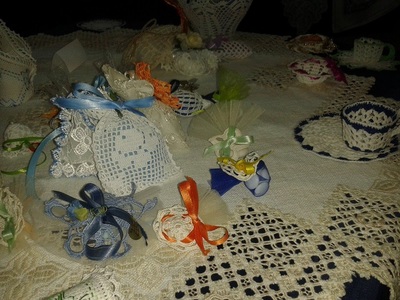 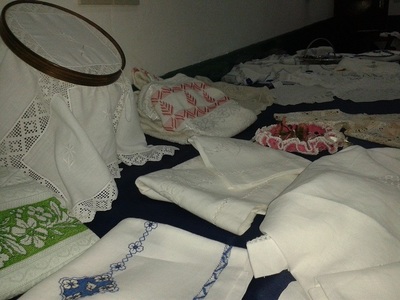 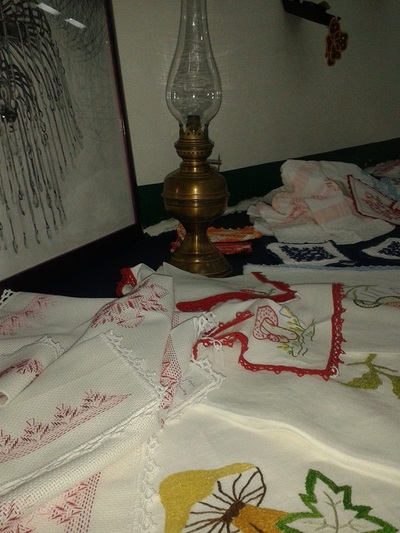 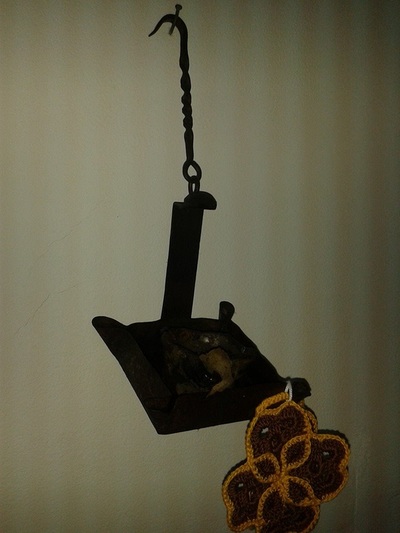 In the village of San Mauro Castelverde Cheese making tradition is still alive in San Mauro handcrafted by local people to the shape of horses to reflect San Mauro's strong culture of horses. 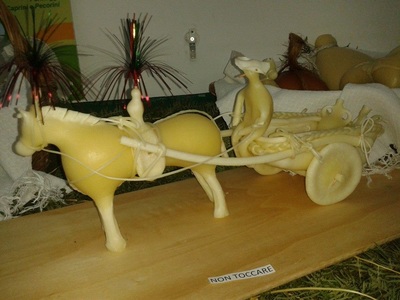 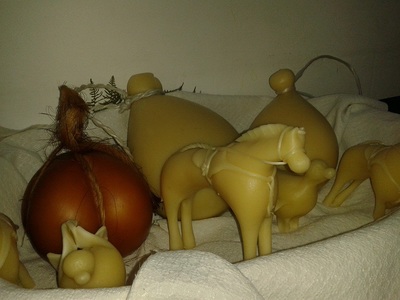 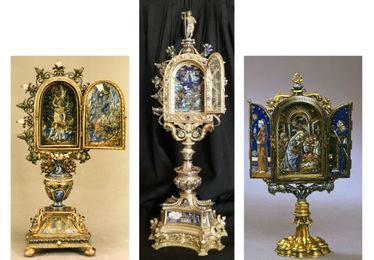