Ciao! Sicily by Bloggers, Read more about Sicilian and Sicily

Newsletters, Blogs, Feeds, all your guide and tips on Cefalu, Madonie, Palermo, Island of Sicily

This blog is dedicated to share more helpful contents for your travel to visit local places and tips for enjoying your time in Sicily.
Enjoy our online contents from direct Sicily updates from Facebook or LYS articles to learn about Sicily.

When at a bar/cafe or gelateria (ice-cream shop in Sicily) it is standard practice to first go to the separate till area and pay for what you want and then you proceed to the bar area and hand over your receipt to the barman who will take your order. My first time experiencing this was in Palermo airport when I went up to the bar to get a coke. The Sicilian barmen had no English and kept pointing to the far corner but of course this whole new concept of paying in a separate area first hadn't even dawned on me. Therefore I left the bar with my tongue hanging out! So if getting an ice-cream when in italy for example, have a look first at all the flavours and decide before going up to pay. You normally ask for a cone (Cono) or cup (Copetta) and you can choose normally up to three flavours of the best Italian ice cream of course - ciao ciao by R.K. 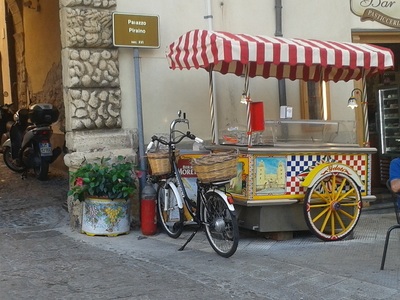 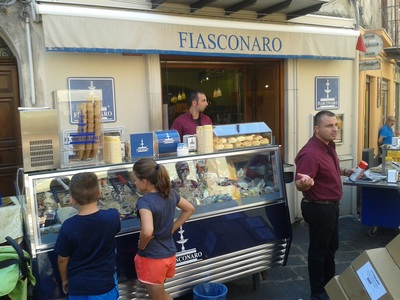 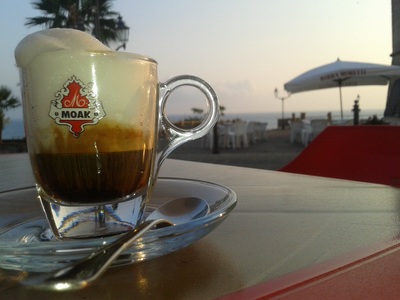 Must know habits when going to Sicily...

Italians love their coffee and they think our imported love of coffee habits are hillarious. For example, "cappucinos" are only drunk in the morning time. But you can still ask for one at any time there as they are used to tourists asking for these. "Lattes" as we know them are not the same there. If you ask for a latte, it translates directly as milk, so you must specify "latte machiato" (pronounced Ma ki At O) but because this is not a common drink it can sometimes be served tepid and always in a glass. So my advice is to stick with Cappucinos or Americanos for normal coffee.

Greetings are very important. Two kisses are the norm. Well it is more like a cheek to cheek rather than an actual kiss. Children give one kiss. Men kiss eachother too. It's normal. Men also often link arms whilst out walking. Now walking is another concept altogether. Going for a walk in Ireland is not the same as going for a walk in Sicily. I nearly had my runners on ready the first time I was asked to go for a walk but I quickly discovered that it is more like a snail's pace rather than a walk! And it is most certainly not for sporty reasons or for digesting the dinner. It is in fact a social experiment whereby the town people head out after dinner in the evening and dress up. They then walk back and forwards along the main promenade of the town sometimes stopping at the square or at the bar for a drink. This walk can take from an hour to three hours as all the time you are stopping to greet your relatives, friends, neighbours and acquaintances. It is actually very pleasant once you get into the slow swing of things and it is refreshing to see both young and old all participating.

Cefalu, the ideal spot for a family holiday!

Cefalu has so much to offer as a holiday destination. It is beautiful, chic, culturally rich, and has many top class restaurants which can offer you the traditional seafood dishes which are renowned worldwide. Although fairly crowded now in the peak season due to its increasing popularity, it still is a town not to be overlooked.

The fantastic sandy beach and warm Meditteranean climate make this town attractive to all tourist types. Families especially can relax knowing that Italians adore children and so restaurants are normally very accommodating. However, it is Cefalu's rich historical past which differentiates this place from other sea side destinations. The historical town centre seems to have remained just as it was when the Arabs ruled. The tiny narrow streets with washing hanging from the balconies give charm and colour to this town. The Cathedral, which dates back to the 12th century is beautifully positioned at the top of a hill in the main square and is really the centrepiece and meeting spot for locals and tourists alike. Not far from here you can descend the stone steps to this picturesque cluster of 16th-century wash basins, built over a spring that was well known in antiquity. For those seeking to burn off a few calories after a meal there is a strenuous walk called the "Salita Saraceno" which basically goes to the top of a rock which overlooks the town. It takes about 30 minutes to climb to the summit and the views are breathtaking below. For the shopaholics in the family, there are many little souvenir and artisan shops in the bustling historical town centre and also in the newer part of town one can find many boutiques. 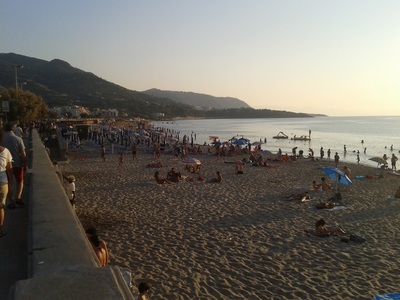 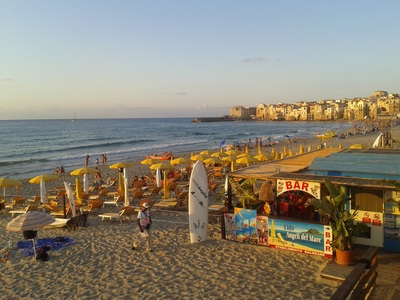 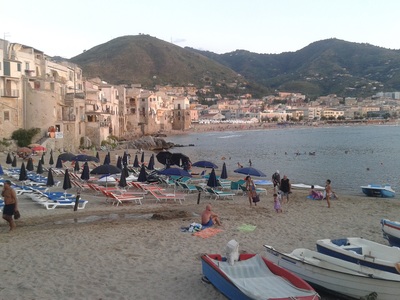 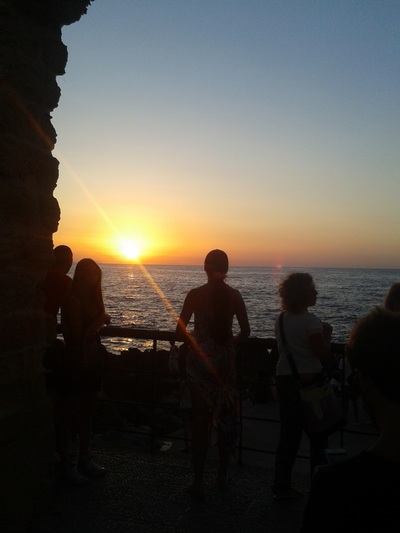 Why Americans Should Vacate in Sicily

A few days in Cefalù and in the Madonie Park

Last week I spent a few days in Cefalù.
Day one in Cefalu started with a a freshly brewed coffee and some banana bread that Estella had smuggled from the UK! We figured we would be arriving late in Cefalu. In fact it was nearly midnight. No time for breakfast shopping so banana bread it was! Our hosts from Massimo Villas had kindly left us coffee so we were able to make what seemed like quite a traditional Italian breakfast in the end. They quite often eat cake for breakfast so we felt like locals. Read More...
by vacationrentalscefalumadoniesicily

It is Easy to Be Happy in Sicily

t is Easy to Be Happy in Sicily, but is Something that Requires a Biological Adaptation, Not Just Cultural: You Have to Learn to Be, to Live in the Way of the Sicilians. – Francie Prose
This phrase really struck a cord with me the first time I read it.

In just a few, well written, very elegant lines, it summarizes the immense concept of “Life in Sicily” that I was trying to explain to my friends through words, anecdotes, gestures, long monologues, and disconnected thoughts and phrases.
Unsuccessfully.
Because Sicily needs to be lived, to be experienced…

Yes, Sicily is Arancini… cannoli… the sea… the sun… but it is also so many other things that I don’t really know where to begin.
It is history. Architecture. Mathmatics. Music. Read More...
by vacationrentalscefalumadoniesicily

Here our daily feeds from our ﻿facebook profile﻿ to share with you all daily posts and hidden view of sicily.